Concept: Against Violence Against Women!

The Music Video of Metallica´s “Turn The Page” from the 90´s was the first impression, that made me think about all this…and then I saw the report of the “European Union Agency for Fundamental Rights” (LINK below) 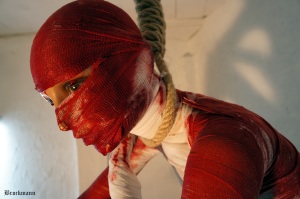 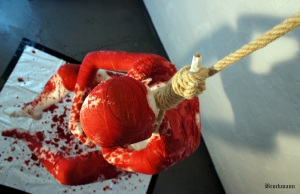 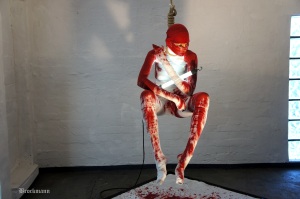 Why should we ever confront us as a society in order? Is it not clear that it is wrong? Through my work between 2 cultures and observing the handling of the woman in my second adopted country of Turkey … I realized the value system in question, as I experienced as a part of the social structure in many parts of the world, the legal system, the distribution of power, even if we have a female chancellor at Germany. Alarmingly, one that is the most dangerous place for women and girls their own family. In this place, the fact should provide them with protection and support, finds much of the violence against women and girls held…

FRAGILE UNDERGROUND…Blood used, like all time in the art history as a last mighty scream attention to grievances.

According to a study of violence against women is one of the most human rights violations that exist worldwide.

Violence has many faces

(Basic Law Germany, Article 2, paragraph 2) „Everyone has the right to life and physical integrity. Personal liberty is inviolable. „

Violence against women: an EU-wide survey. Results at a glance

Violence against women undermines women’s core fundamental rights such as dignity, access to justice and gender equality. For example, one in three women has experienced physical and/or sexual violence since the age of 15; one in five women has experienced stalking; every second woman has been confronted with one or more forms of sexual harassment.

What emerges is a picture of extensive abuse that affects many women’s lives but is systematically underreported to the authorities. The scale of violence against women is therefore not reflected by official data.

This FRA survey is the first of its kind on violence against women across the 28 Member States of the European Union. It is based on interviews with 42,000 women across the EU, who were asked about their experiences of physical, sexual and psychological violence, including incidents of intimate partner violence (‘domestic violence’). The survey also included questions on stalking, sexual harassment, and the role played by new technologies in women’s experiences of abuse. In addition, it asked about their experiences of violence in childhood. Based on the detailed findings, FRA suggests courses of action in different areas that are touched by violence against women and go beyond the narrow confines of criminal law, ranging from employment and health to the medium of new technologies.

This site uses Akismet to reduce spam. Learn how your comment data is processed.